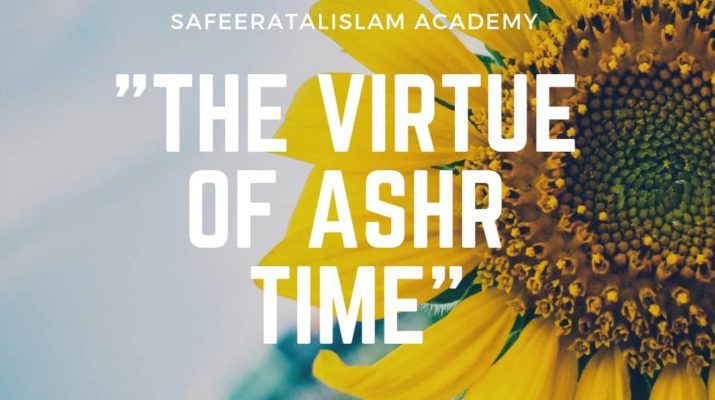 Some of the Mufassir scholars explain the meaning of the verse is “For the sake of Ashr time”
And God does not swear in the name of a creature but that creature must have virtue with Allah.

And among the virtues that God provides in the afternoon (Ashr):

“Indeed, on Friday, there was one time, not a Muslim prayed and begged for goodness to Allah which coincided with that time unless surely it was granted by Allah.” (Narrated by Ahmad)

** Ulama ‘explains that time is the time of Ashr

“The three groups whom God will not speak with them will not look at them on the Day of Resurrection, will not purify them and for them a painful adzab;

(1) A person who has excess water in the middle of an uninhabited barren land but prevents the traveler from using it, Allah says to him, “Now I will deter you from My gift, as you have forbidden the excess that is not produced by your hand (water).

(2) A soldier who sells his goods to another person after the Asr prayer and he swears by Allah’s name that he bought it with this and this. That person justified it, even though he wasn’t what he said.

(3) And someone who supports the leader. He does not pay except for the world. If he is given (world property), he fulfills it. And if not given, then he doesn’t fulfill it. “(Muttafaq‘ alaih)

So, not the Messenger of Allah and the Companions prioritize the time of Ashr as they strengthen in the morning.

Ibn Taymiyah even specialized in the time of Ashr to recite dhikr compared to the time of the morning.

And at the time of Ashr, the practice of a servant was lifted up into the sky.

Then what is the Prophet’s practice at the time of Ashr? only one, It’s Ashr Dhiki.

Don’t miss the glory of Ashr’s time which always repeats every day, really many virtues that God prepares. 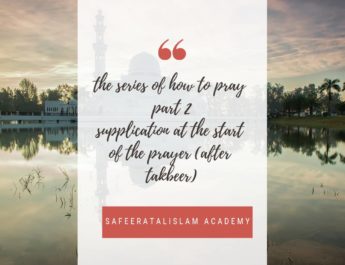